Today, January 4th , is commemorated the invention of writing for the blind, and the birth of its inventor Louis Braille, also blind. His blindness wasn’t congenital. In his early days , little Louis wound himself in one of his eyes, and was immediately blinded by that eye. After a while the infection from the first eye wounds passes into the second, leaving Louis Braille completely blind. 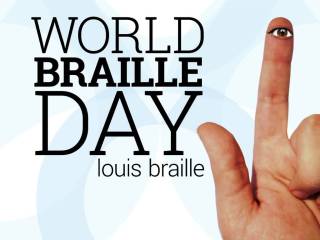 By the age of 10 he joins the Royal Institute of the Blind in Paris. Later, in 1827, he became a teacher and developed a system that was earlier than his own and that is when Braille was born – “a process of reading and writing through raised dots”.
It was a great advance for the teaching of the blind. Adaptable to all languages ​​and all kinds of spellings, the Braille System has brought more knowledge to the blind who enjoy it.
In the case of Accessible Tourism, it was an enormous contribution in the dissemination of the Destinations, its Culture, its people and to make more accessible all products and services destined, when there are, people with this type of incapacity.
Sources:
http://www.lerparaver.com/braille_invencao.html
Http://en.wikipedia.org/wiki/Braille